In the usual fashion, Easter dinner was held at my Aunt and Uncle’s house – these folks are beer champions of the world…want a recommendation for a new beer? Ask UM and AK – they will most certainly have something to intrigue your tastebuds!

The mini-fridge was stocked with sodas of all kinds, and of course there were some interesting selections of beer to be found. Since it had been a trying week, I thought eh, why not…so I rummaged around until I found this gem: 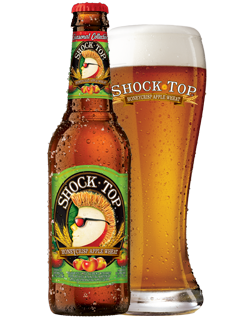 It was tasty, it was refreshing. Not as strong an apple flavor as one might hope for, but it was still good! Still adding to my beer-tasting experience – one of these days I’ll really go out on a limb! 🙂

Disclaimer: I’m reviewing these of my own will, and all beverages were purchased with my own money. I was not contacted by any of the companies mentioned, nor am I being compensated in any way for these reviews.