Book Review: The Secrets of Winterhouse (Winterhouse #2) by Ben Guterson 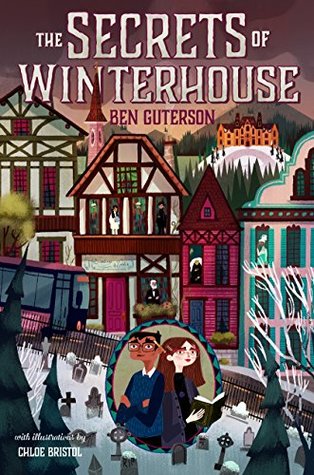 “Back at the Winterhouse hotel for another holiday season, Elizabeth and Freddy dig deeper into the mystery surrounding Riley S. Granger, a hotel guest who left behind odd artifacts—one being a magical book that the evil Gracella Winters once attempted to use to gain destructive power over the entire Falls lineage. The two friends follow a trail of clues, inadvertently attracting the attention of a suspicious new hotel guest: Elana Vesper. The clock is ticking as Elizabeth and Freddy struggle to figure out whether Elana is merely a pawn or a player in the plot to revive the spirit of Gracella. If that wasn’t enough, Elizabeth suspects she is coming into her own special powers—and she’s fearful it might lead her right into Gracella’s vicious web. Mystery, adventure, and a winning friendship combine in this much anticipated sequel.”

I was excited to jump right into this one as soon as I finished book 1. Just as before, I was pleasantly surprised at how well the story flows and even at a middle-grade level, I didn’t get bored with the plot at all.

We are introduced to some new characters – not entirely likable at first, but then you wonder if you’re judging a book by it’s cover (heh…sorry, I couldn’t resist…). Elizabeth tests her friendship with Freddy which becomes a bit frustrating at times, but it’s never forced or contrived at all. We learn new secrets about the house, and we continue to grow with Elizabeth as she realizes there is something special about her abilities.

I definitely recommend both book 1 and 2; I haven’t picked up book 3 yet but I plan to.

Another 5 martini glass rating from this peach!