“Set in the days of civilization’s collapse, Station Eleven tells the story of a Hollywood star, his would-be savior, and a nomadic group of actors roaming the scattered outposts of the Great Lakes region, risking everything for art and humanity.

One snowy night a famous Hollywood actor slumps over and dies onstage during a production of King Lear. Hours later, the world as we know it begins to dissolve. Moving back and forth in time—from the actor’s early days as a film star to fifteen years in the future, when a theater troupe known as the Traveling Symphony roams the wasteland of what remains—this suspenseful, elegiac, spellbinding novel charts the strange twists of fate that connect five people: the actor, the man who tried to save him, the actor’s first wife, his oldest friend, and a young actress with the Traveling Symphony, caught in the crosshairs of a dangerous self-proclaimed prophet.”

I read this as part of my personal “Around the US in 50 Books” challenge – this one was for Michigan.

Right out of the gates, we start to see the beginning of the end. The author doesn’t waste time getting into the story, and that’s a good thing, in my opinion. We move between timelines, and surprisingly this isn’t confusing – it fits well within the storyline, and I didn’t feel frustrated by it; the author was clear which timeline was which.

It was a little slow moving in some places, and I found some of the writing a bit tedious. Some of the descriptions or the set up of a scene seemed over-explained (I’m specifically thinking of the scene in which the author is explaining the dynamic between the members of the Traveling Symphony…it reads like a stream of consciousness which is a little clunky to me – it just didn’t feel right for that moment).

The storyline is interesting – I liked the intersecting stories and watching things unfold. Some aspects felt predictable, but there were a couple great twists I didn’t see coming! I grew to really care about several of the characters, and I want to know what happens next!

This book shines a light on both the good and bad that can come about when we’re pushed to our absolute limits. 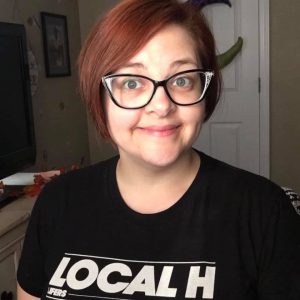